Out here in Los Angeles we have the famous ‘Hollywood Walk of Fame’ where the famous (Spielberg) and somewhat famous (David Spade) have stars placed in their honor on the famous stretch of sidewalk. I had done my research before heading to Hong Kong and learned about their own version, ‘Avenue of Stars’, and I knew that this would be a place I would like to visit.  Learning that the Avenue of Stars was where Hong Kong honored their stars, I was even more inclined to see who I could spot since off the top of my head I named Jackie Chan, Wong Kar Wai, and Bruce Lee.

It is very easy to get to, like most things in Hong Kong. Hop on the MTR and find your way to Tsim Sha Tsui and follow the signs toward ‘Avenue of Stars’. It’s that simple. By the time I made it out to ‘Avenue of the Stars’ I had become comfortable navigating the MTR and this was only after 5 days and I am coming from a city that is not known for its public transportation system so you don’t need to feel overwhelmed by the MTR because it’s quite simple to follow.

As I made my way past the various museums that lined the shore, I found the beginning of the ‘Avenue of Stars’. I looked down and saw a few names I vaguely recognized and a few that surprised me because I did not know they were from Hong Kong or were influential to the country’s artistic endeavors. I’ll be honest, I went there for the sole purpose of seeing Jackie Chan’s star and the Bruce Lee statue so I made my way, somewhat hastily, down the path until I saw a small group of people standing above a star and taking photos of and with it – I knew it was Jackie Chan’s.

I’ve always loved Jackie Chan’s movies. From the first time I saw ‘Mr. Nice Guy’ I knew this guy was awesome. That got me into ‘Supercop’, ‘Gen X Cops’, ‘Rumble in the Bronx’, his animated series – ‘Jackie Chan Adventures’ and then the ‘Rush Hour’ movies (but not the 3rd one, that was awful) and the ‘Shanghai Noon/Knights’ films. 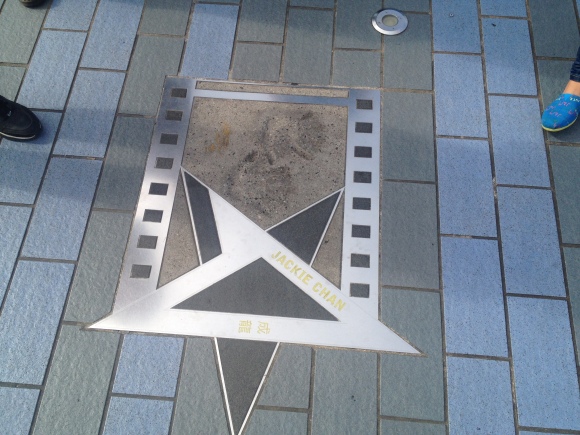 From there I could easily see the Bruce Lee statue which is exquisitely detailed with the muscles and veins popping out as if they were real. 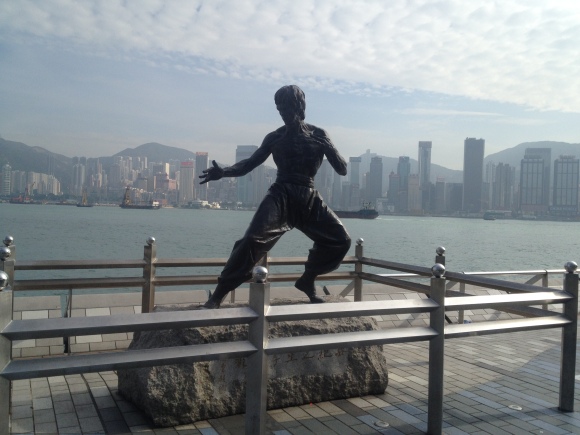 From there, I was pleasantly surprised to find some more names I recognized in Jet Li and Michelle Yeoh: 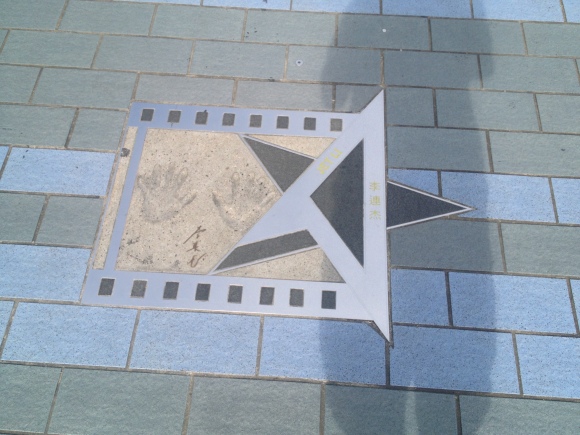 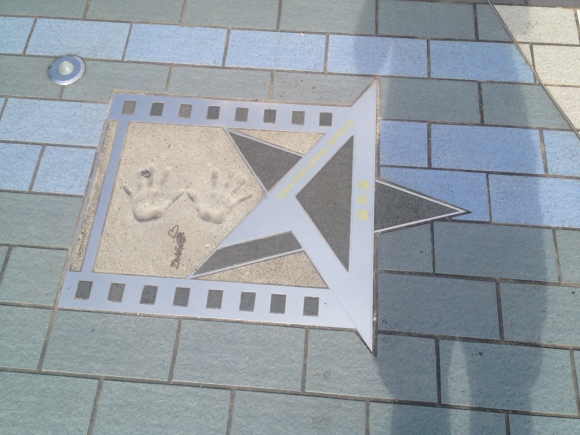 All in all this was a fun experience for the film geek in me because I grew up watching, and still watch, the films from these actors, actresses and directors. As I basked in the memory of their films, a ship with a recognizable shape floated in the distance and was getting larger with each passing second. I recognized it by its sails to be a Junk ship. I stood at the railing hoping to get a closer look at the famous vessel that has sailed these waters since the 2nd century CE. I was not disappointed.  Seeing this iconic ship was a great way to end my last day in Hong Kong. 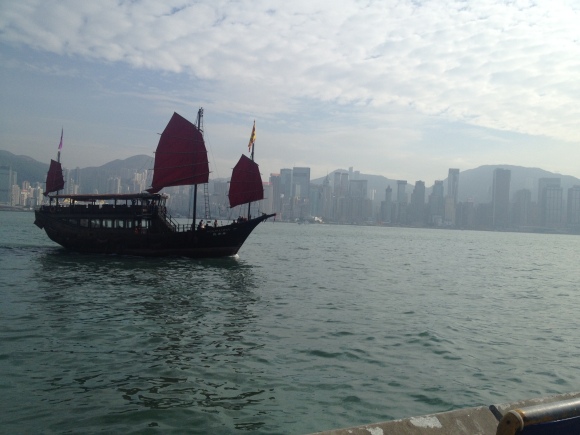